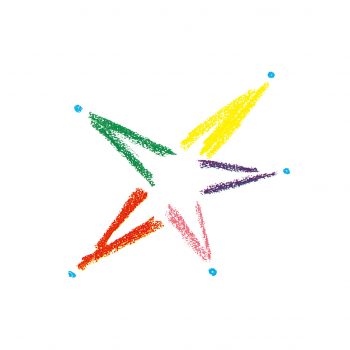 Established in 1960, HoriPro Inc. has been the leading entertainment company in Japan, representing musicians & actors, producing films & TV programs besides its successful theatrical works.
Theatrical Production Department of HoriPro produces a wide array of performing arts, and presents them both in Japan and abroad. While we produce various Japanese stage works from classic to modern, we make and present Japanese-language versions of Broadway and West End shows in order to make these marvelous theatrical experiences accessible to Japanese audiences.
HoriPro’s activity is not limited to Japan. We bring our original productions to other countries, invite foreign language productions to Japan and collaborate with top class international actors and creative staffs. 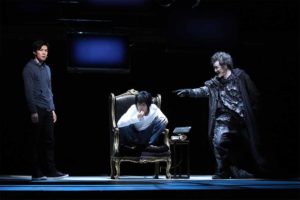 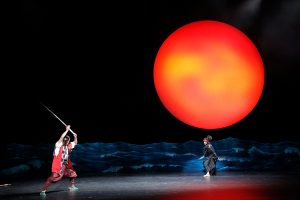 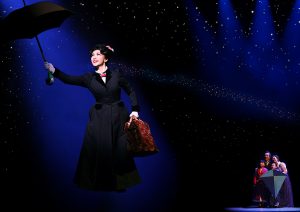 Based on the Play by J.M.Barrie
Music by Moose Charlap
Book by James M Barrie 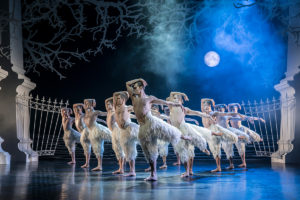 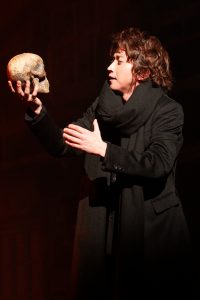 HoriPro’s way to produce theatrical productions is to do what the actors and staffs want to do.

There is no particular meaning in our yearly lineup. It is a result of realizing what the actors and staffs want to do. The only production I strongly insisted to produce was “Billy Elliot” (says as laughing). 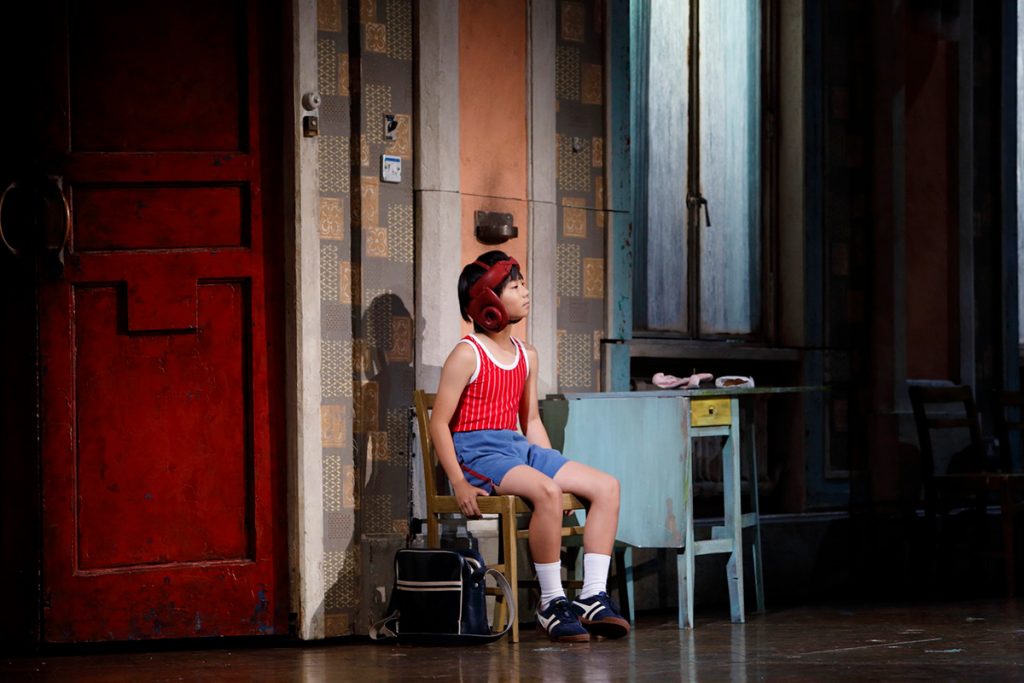 Since we had been producing quite a few large-scaled musicals recently, we had to figure out when we will present them as when we will rerun them. In case we are doing replica productions of foreign musicals, we must not only secure the schedules of casts and local staffs but also the schedules of international staffs. Therefore, those projects cannot be decided just by our side. They can only be realized when situations from all sides are arranged. Also, in productions such as “Billy Elliot” and “School of Rock”, we need to prepare more than a year prior to the presentations as we must train the children casts from zero. Deciding the yearly lineup is like putting a puzzle together.

I do not wish HoriPro productions to have any particular color.

HoriPro is rather new in the theatrical world. Our company is like a jack of all trades. Other than producing theatrical works, we represent actors & artists as well as making films & TV programs.  I don’t want people thinking “That is very HoriPro”.  I always want to do something the opposite of what people expect. If we produced just happy productions, only happy people will want to work in our company. Then, it will not be possible to produce works that are opposite of happy. That will make me worry.

The similarity between “Billy Elliot” and “Peter Pan! 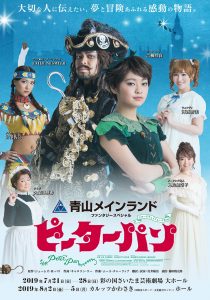 In Billy Elliot, there aren’t any Phantoms, murders nor revolutions.  No one dies. But still, it is very moving. Maybe I envy about the town Billy lives because we no longer have towns like that in Japan. I thought it was such a wonderful story when I first saw the movie, so when I heard that Elton John will be writing songs for the musical version, I considered there is no reason not to move out to get the performing rights.  In this production, children as well as adults become stronger.  The structure is as same as “Peter Pan”.  Every character in the show grows up in some way.  “Mary Poppins” also shares the same fundamental as “Peter Pan”.

Theatrical production must be journalistic.

Several years ago, we produced the musical “Parade”.  We never thought a show with a heavy theme like that can be a big hit.  At first, we had quite a many empty seats in the theatre, but as the show ran, more and more audiences came, and the tickets were sold out.  I realized that people nowadays are willing to think seriously about that kind of a theme.

I believe that “plays are literatures and theatrical works are journalisms”. We will, of course, continue to present happy shows, but we should also produce heart-wrenching production that will make audience think. Only people who cry a lot can laugh by seeing a theatrical work. And people who laugh everyday will probably not need to come to the theatre (says as laughing). People who cry or endure something in their lives come to the theatre and laugh. People who have complaints toward the authority feel exhilarate by seeing ominous shows. When we are able to release a production that meets with those feeling of the people or the trend of that time, it becomes a smash hit. 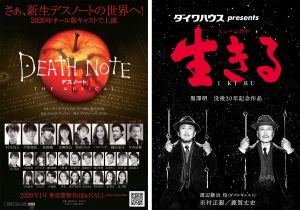 In addition to “Death Note the Musical” and “Ikiru”, I hope we can make 10 more productions to take abroad. What was so great about Mr. Yukio Ninagawa, the director who passed away in 2016, was that he was capable of creating astonishing visuals within 3 minutes after the curtain opened. He did so in Shakespeare’s works and Greek tragedies, so the people abroad were able to accept the huge scaled Japanese production that was beyond their imagination. Yukio Ninagawa was doing “cool Japan” for more than 30 years all by himself. And there is still not a Japanese director to follow what he was doing. People all over the world had said “Please come to our country and perform!”. By just announcing the name Yukio Ninagawa and the auditorium would be filled with the local audiences. Working as the producer for Mr. Ninagawa’s works, we were able to build relationships with foreign producers. While we still have connection with these people, I hope to take productions of a Japanese director that would be accepted in foreign countries. As bringing original productions aboard will make us fall in red, we must be prepared to use all what we had earned in the Japan presentations. I consider that it will be difficult to do such a thing in companies other than HoriPro. Maybe it won’t be possible to do so in HoriPro too when I retire as the next president run the company in a more down-to-earth way (says as laughing). Therefore, I think now is the opportunity.

Kafka on the Shore (c)KOS-CREA

To make a theatre as a “space” where people gather.

I have been wishing to own a theatre of our own for many years, but the land fee is too high. If someone wants to offer us just the one corner of a parking lot or etc. for a public or redevelopment project, we are willing to build a prefab theatre. However, it wouldn’t make much sense if we are the only one to do that. Various companies must each make a theatre in the area. If there is a developer who has a plan in doing so, I would definitely want to work with them.